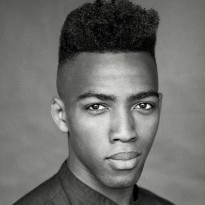 Jacade has trained at Liberatus School of Performing Arts and recently graduated from Arts Educational.

Jacade’s theatre credits whilst at drama school include; Tommy Djilas in The Music Man, Soho Cinders,Michael in Festen and King Gama in Princess Ida
Further credits include; Lawrence in My Almost Famous Family on CBBC, Dancer in WHATSONSTAGE Awards 2014 and also appeared in Swarm at The Bristol Old Vic

Jacade is ecstatic to be making his West End debut in The Scottsboro Boys.