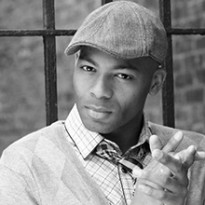 Tony Award Nominee Brandon Victor Dixon, having just recently finished creating the role of Berry Gordy in Motown The Musical on Broadway, is delighted to make his West End debut in Kander and Ebb’s The Scottsboro Boys.

A Presidential Scholar Semi-finalist and scholarship winner at the British Academy of Dramatic Acting in Oxford, Brandon is a graduate of Columbia University and a recipient of the University’s I.A.L Diamond Award for Achievement in the Arts, which is an honor he shares with Tony Kushner (Angels in America), Jeanine Tesori (Caroline, or Change) and Katori Hall (Mountaintop).

Since his professional debut, originating the role of Adult Simba in The Lion King National Tour (Cheetah), Brandon has displayed his diverse abilities in a number of roles. Notably, he was nominated for a Tony Award for his role as Harpo in Broadway’s The Color Purple, Drama Desk, Lucille Lortel, Outer Critics Circle, Drama League, and AUDELCO awards for his outstanding portrayal of Haywood Patterson in the original production of The Scottsboro Boys, and most recently, he was nominated for a Drama League Award for his portrayal of Berry Gordy,

His company, WalkRunFly Productions, which he began with Motown choreographer Warren Adams, just recently co-produced Of Mice and Men on Broadway starring James Franco, and Hedwig and the Angry Inch starring Neil Patrick Harris for which they won a Tony Award. Forthcoming projects include Part of the Plan featuring the Music of Dan Fogelberg, and Unchain My Heart: The Ray Charles Musical.

Other Credits include: ABC’s One Life To Live, Law & Order Criminal Intent, and ABC’s The Good Wife. Originally from Gaithersburg, Maryland, Brandon currently resides in New York City and sends love and thanks to his family and friends.